THE COMPLETE SERVICE FOR THE CLASSIC ENTHUSIAST 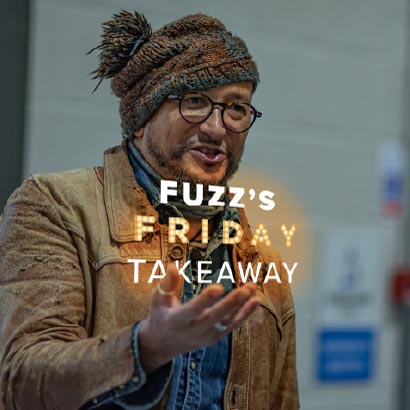 It’s often the case with us car enthusiasts, that the vehicles we love are those we experienced as children. Today is my eldest offspring, Honor’s, 25th birthday, which throws my mind back to the first cars that she would have known. Granted, she’s no major car enthusiast, but she does have tales to tell when it comes to her wayward father’s fluid fleet of old crocks.

Her first ever journey was in our 1989 Peugeot 205, base model, an unremarkable vehicle until it was sold on to a close family friend who proceeded to wallpaper the interior to make it a tad more interesting. At the time, my runabout was a 1955, Series I Land Rover SWB. Into this I fitted a selection of tethering eyes to allow the seatbelt-less car to carry a child seat.

Thus, she travelled around the West Midlands in great style, albeit noisily whenever I could afford to run the thing, which wasn’t often. An additional model from the Solihull manufacturer arrived in the shape of a 1963 Rover 95, again without seatbelts. On a local trip, while telling the fidgeting Honor to sit back in the rear seat, a car charged out of a driveway, straight across the path of our lumbering saloon, causing me to brake heavily, resulting in her sliding forward and hitting her face on the heavily framed front seat. This gave me a huge fright and I never drove it again with my child in it.

The Peugeot was replaced by a Vauxhall Corsa, complete with regularly illuminating engine management light, something I managed to ignore for most of its three-year tenure with us and it was in this car that the next born, Oscar, took his first, also unremarkable trip. Unfortunately for Oscar, the Land Rover was moved on in favour of something more driveable by his mother, a 1969 Austin 1100 that had gained a somewhat dodgy makeover, soon showing streaks of rust from the galloping corrosion taking place beneath the shiny paint and lashings of filler. A least it had front seatbelts, so allowing one child to carried in relative safety.

The family Corsa was replaced by a 1992, Volvo 740 Estate, a fabulously cavernous brick of a thing, featuring a central rear booster seat and so sensible motoring ensued, well sort of, as concurrent with the big Swede was a 1975, Bristol LH6L / Plaxton, former National Express coach, with a soft camper conversion. This latter was often pressed into service for the school run, especially when I’d let time slip while recording music in my studio, which was at the time my sole money-making occupation.

A close friend gave me his ailing Daimler V8-250 for my fortieth birthday (thank you Dave Travis), giving the growing children a taste of faded luxury, with a background soundtrack of England’s finest V8 design moment. The car, fitted with rear belts in addition to those in the front, was a reasonably practical second car and a vehicle I would happily enjoy again.

At around this time, I began to get a taste for vintage vehicles and so purchased a 1934, Lanchester LA10, complete with a none-to-healthy wheezing engine. The car struggled on even the slightest hills, but in our new hometown of Bishops Castle with its extremely steep main street, any interruption to uphill progress meant rolling backwards to the bottom and making another attempt. Oscar found this cripplingly embarrassing and slunk into the dark recesses of the coupe body. Nowadays when faced with a lift in any of my classics, he still lowers himself in the seat, rolls his eyes, but suffers in mature silence.

Moving on a number of years, my other two younger sons absolutely love our vintage cars… for now. I do though expect this to change. After all, what self-respecting offspring doesn’t rebel against their parents?
My infant daughter hasn’t yet expressed a preference for any vehicle type, but perhaps she’ll follow me into my love of buses.

Designed and Developed by Magicalogical Ltd.

This website uses cookies to improve your experience while you navigate through the website. Out of these cookies, the cookies that are categorized as necessary are stored on your browser as they are essential for the working of basic functionalities of the website. We also use third-party cookies that help us analyze and understand how you use this website. These cookies will be stored in your browser only with your consent. You also have the option to opt-out of these cookies. But opting out of some of these cookies may have an effect on your browsing experience.
Necessary Always Enabled
Necessary cookies are absolutely essential for the website to function properly. This category only includes cookies that ensures basic functionalities and security features of the website. These cookies do not store any personal information.
Non-necessary
Any cookies that may not be particularly necessary for the website to function and is used specifically to collect user personal data via analytics, ads, other embedded contents are termed as non-necessary cookies. It is mandatory to procure user consent prior to running these cookies on your website.
SAVE & ACCEPT